In early 2020, my publisher confirmed that The Fish Dress, my debut novel, would be released on October 27, 2020. I booked the perfect place for my launch event right away—near the ocean, in keeping with the setting of the book. I had worked hard on The Fish Dress for ten years and was more than ready to put it out there. But self-doubt crept in, whispering, “Is it good enough? Will people like it?”

As winter turned to spring, I began to wonder if Covid-19 would change my plans. After noticing that some publishers were postponing release dates from 2020 to 2021, I asked my publisher If we could do the same. She said “no”, that we would be doing a live event online if Covid-19 prevented an in-person event. The thought of doing a virtual live book launch stressed me out because technology and social media aren’t easy for me.

By the end of July, I had accepted the idea of an online launch, and plans moved forward. Then, it happened—one of those rogue waves that knock you down without warning—a hemorrhagic stroke landed me in the hospital for several days and then recovery and rehabilitation at home for weeks after. No way could I do a book launch event at the end of October.

My publisher and her team stepped in, telling me not to worry about a thing, that they would take care of what needed to be done for the launch. Friends and family supported and encouraged me. Remarkably, I had minimal permanent motor and visual damage, but I worried about long-term language, speech, and memory issues—precisely the skills needed for a writer about to launch her first book. Plus, I felt exhausted.

As my health began to improve, I agreed to go ahead with the book launch under the condition that I prerecord the event. I did not want to be caught stumbling over words or forgetting thoughts, even though I knew that a live launch would be more engaging.

It was my responsibility to plan the launch party, and the publisher would step in to provide support as needed. At first, I wondered why they were not planning it, but I soon saw their wisdom. It was important that I take ownership for unveiling The Fish Dress in a way that honors the story, the hard work, and the collective energy that went in to creating it. We did it—all of us—friends, family, the publishing team, and helpers I have yet to meet—and we did it live on Zoom. Yes, we all came together to bring a new book into the world, despite a pandemic and my personal challenges. Thank you!

Click on the photo below to see our launch party video! 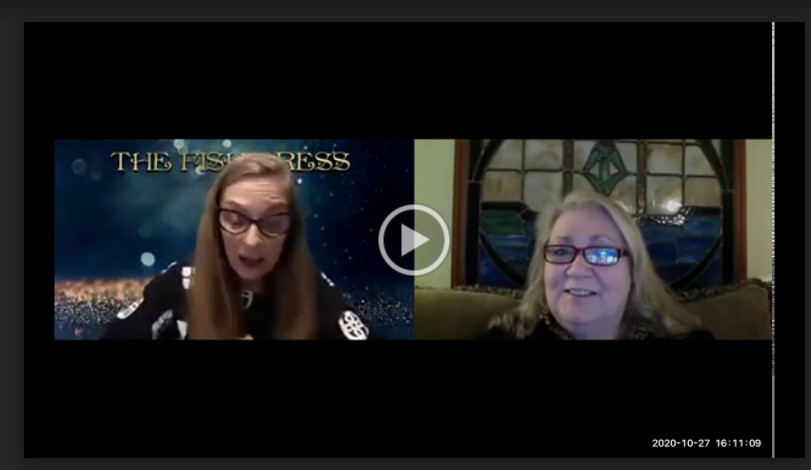